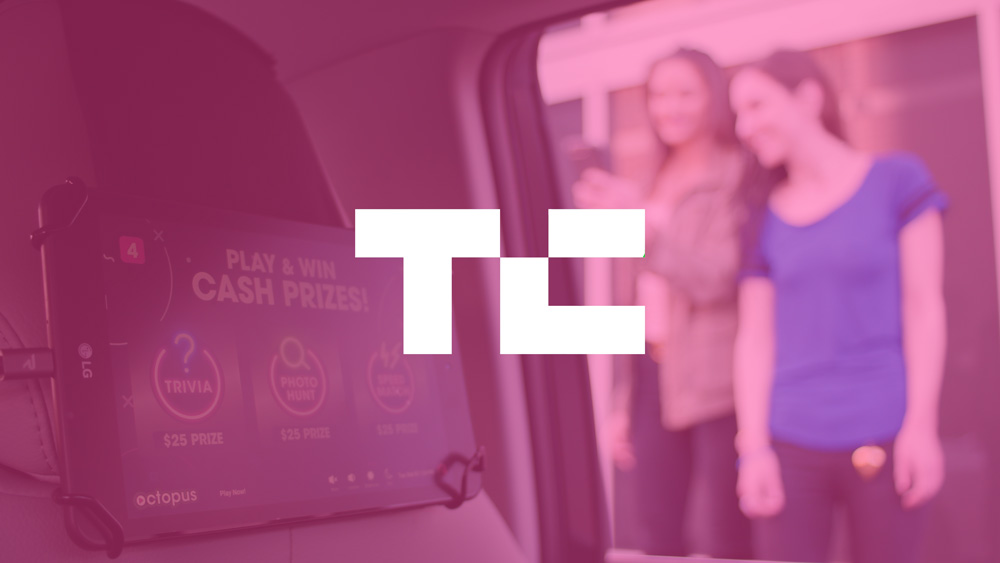 Octopus Interactive, a startup bringing an interactive TV and ad experience into Uber and Lyft rides, has raised a $10.3 million funding round led by Sinclair Digital Group.

Backseat TVs mixing show snippets and commercials have become a common part of the taxi experience in New York City and elsewhere. Octopus is offering something of a more interactive version of this concept to rideshare drivers, who can use it to keep their passengers entertained and also earn extra money.

Octopus says it provides drivers with tablets that combine games (which can include cash prizes, and can also be sponsored), ride information (like maps and weather) and advertising in a 13-minute loop. Even if the passenger doesn’t win anything, this could help keep them occupied during a long ride, which could lead to higher driver ratings. And if the passenger isn’t interested, they can just mute the screen.

The company says it’s deploying technology to make the advertising smarter, for example with geofences to target ads or increase their frequency in a certain neighborhood, and by offering real-time analytics to advertisers. It also monitors the seat to confirm that there’s actually a passenger sitting there when an ad plays.

After launching in 2018, Octopus says it’s now reaching more than 3 million people each month across 10,000 screens in markets like New York, Los Angeles, Chicago and Washington, D.C. By working with Sinclair Digital Group — an affiliate of controversial TV giant Sinclair — the startup can bring content from local TV stations onto the platform.

“What we see here is an untapped medium with a truly captive audience that is buckled in and looking to engage,” said Sinclair Executive Chairman David Smith in a statement. “We invested in Octopus because the team has successfully created an innovative and differentiated branding opportunity that we can help scale further.”