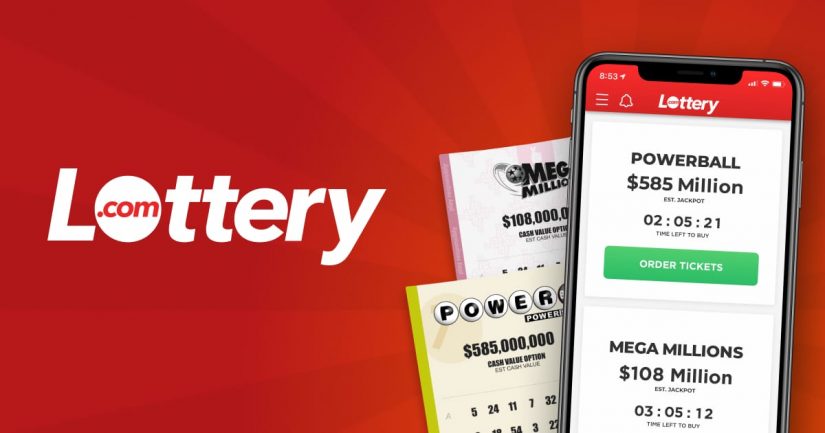 AUSTIN, Texas, April 21, 2021 (GLOBE NEWSWIRE) — Lottery.com (the “Company” or “Lottery.com”), a leading platform that enables users to play the lottery online, today announced the winner of WinTogether.org’s (“WinTogether”) first-ever charitable campaign. WinTogether, which supports charitable causes by incentivizing people to donate for the chance to win once in a lifetime experiences and prizes, is an affiliate of the Company, which also powers its online platform. The inaugural campaign supported the Arbor Day Foundation’s Time for Trees® initiative, giving each donor the opportunity to support the initiative to plant one hundred million trees by 2022 while earning entries to win a Tesla® Cybertruck.

The grand prize winner, Robert H. of Cincinnati, Ohio, was randomly selected out of nearly 4,000 entrants. “It never hurts to get a little bit back, but that’s never my primary goal. I just look around for causes that make me happy and I send them some money occasionally,” said Robert. “I’m always there to support young people in whatever passions they have in learning, even in learning how to plant a tree or learning about the forest in general, so that’s what drew me to this cause.”

Robert donated $100 through the WinTogether platform in support of Time for Trees, earning him 1,000 entries toward the Cybertruck. When asked how he’ll use his new Tesla, he emphasized that it will be perfect for towing his kayaks to outdoor adventure locations this summer.

“Thanks to Arbor Day Foundation’s incredible efforts, the backing of our great partners, and bolstered by so many generous participants, we are really proud of WinTogether’s first campaign and how many trees will be planted as a result,” said Lottery.com CEO and Co-Founder Tony DiMatteo. “We’re excited to share good news, especially amid a global pandemic, in an effort to unify people under the common goal of helping to heal the planet by planting more trees.”

“We are so pleased with the outcome of this campaign and how it helped expand the reach of Time for Trees. This is a win that will benefit the whole planet,” emphasized Brianne Bayer, Director of Marketing Strategy for Arbor Day Foundation.

The WinTogether platform contributes at least 60 percent of all donations to its charitable partners. Plans to launch additional campaigns are underway, including large cash grand prize awards to incentivize donors. Upcoming campaign details will be announced to the public at www.WinTogether.org as they become available.

AutoLotto, Inc. doing business as Lottery.com is an Austin, TX-based company enabling consumers to play state-sanctioned lottery games from their home or on the go in the US and internationally. The Company works closely with state regulators to advance the lottery industry, providing increased revenues and better regulatory capabilities, while capturing untapped market share, including millennial players. On February 22, 2021, the Company entered into a definitive agreement with Trident Acquisitions Corp. (Nasdaq: TDACU, TDAC, TDACW) to become a publicly-traded company on The Nasdaq Stock Market. Trident and the Company published an investor presentation on a Current Report on Form 8-K with the U.S. Securities and Exchange Commission (the “SEC”) relating to the proposed business combination, which is publicly available on the SEC’s website www.sec.gov and is also posted to Trident’s and Lottery.com’s respective websites or accessible here.

About WinTogether
WinTogether.org is a charitable sweepstakes platform centered around building the future of philanthropy operated by Lottery.com. WinTogether gamifies charitable giving to fundamentally change how causes engage with their donors and raise funds. Through its global platform, it offers charitable donation sweepstakes to incentivize donors to take action by offering once in a lifetime experiences, large cash prizes, and luxury prizes. WinTogether is aligned with the 17 United Nations Sustainable Development Goals and works with some of the largest nonprofits in the world to provide a new channel to raise awareness, raise funds, and reach new donors around the world. All donations are collected by the WinTogether Trust, a registered 501c3, based in Mesa, Arizona. For more information, visit www.wintogether.org.

About Arbor Day Foundation
Founded in 1972, the Arbor Day Foundation has grown to become the largest nonprofit membership organization dedicated to planting trees, with more than one million members, supporters, and valued partners. During the last 45 years, more than 300 million Arbor Day Foundation trees have been planted in neighborhoods, communities, cities and forests throughout the world. Our vision is to help others understand and use trees as a solution to many of the global issues we face today, including air quality, water quality, climate change, deforestation, poverty and hunger. As one of the world’s largest operating conservation foundations, the Arbor Day Foundation, through its members, partners and programs, educates and engages stakeholders and communities across the globe to involve themselves in its mission of planting, nurturing and celebrating trees. For more information, visit www.arborday.org.