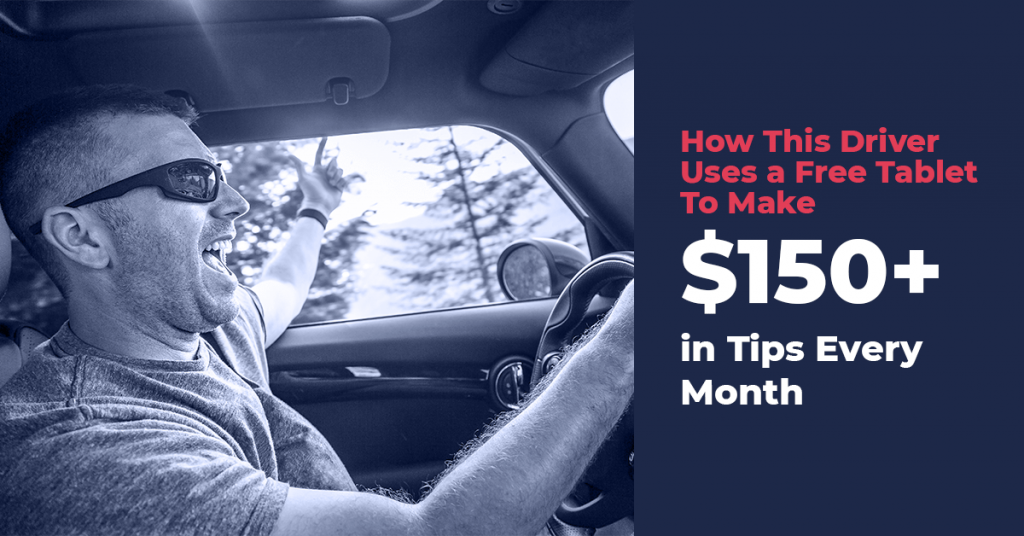 Last week I had the chance to chat with Terry, a rideshare driver that is based out of Harrisburg Pennsylvania, but regularly drives in Philadelphia and New Jersey.

“I frequently drive up to New York City, so when I’m on my way up I’ll turn the app on and pick up a few riders and gradually move closer and closer to NYC. Says Terry. “It’s not uncommon for the 3-hour drive to turn into 14 hours, but the drive pays for itself!”

I love this strategy, but what I love even more is hearing about the $150+ in tips that Terry makes every month…

I had to know his secrets, so Terry was kind enough to open up and tell me about how he’s using Play Octopus to make more than $150 in tips every month.

What is Play Octopus

The first thing that I had to ask Terry was what in the world Play Octopus is.

Well, it turns out it’s pretty cool. Play Octopus is game tablet built as a way to help rideshare drivers entertain their passengers.

Rideshare drivers simply apply to receive a FREE tablet (yes I said free). After drivers install the tablet in the backseat of their car, passengers can easily hop in and play during their ride!

“Riders see the tablet in the backseat and love it.” says Terry. “People will start to play the free games and generally loosen up and start to engage with me.” Passengers also have the chance to win a $25 Amazon gift card if they achieve the highest score of the day.

The games on the tablet are free, so the passengers will see some ads of course, but Play Octopus also shares some of that revenue with drivers. Terry says Octopus pays him up to $100 per month.

An extra $100 per month for doing almost nothing is great, but the real money comes from the tips.

Terry has always worked to boost his ratings and tip income, and he says the key is building a relationship with your passenger.

“I’ve always had a good relationship with passengers which means I’ve had a good rating,” says Terry. “That starts with what I do before I ever go pick up a passenger.

You see, step 1 in Terry’s master plan for boosting his tip income is to send each passenger that he picks up a prebuilt text that tells them who he is, what car he is driving, and that tips aren’t required but are appreciated.

Now that it’s on their mind, drivers just need to earn their tip, and that’s where Play Octopus comes in.

“Passengers almost immediately engage in some way with the tablet.” says Terry “They’ll start playing games, which opens up a conversation that turns into engaging them in a deeper conversation, which turns into passengers liking me as a person. People tip drivers that they like.”

Play Octopus is a relationship builder. It’s an easy way to deliver value to a passenger that takes walls down and allows drivers to engage more with passengers, and that engagement leads to more and more tips.

How much do drivers make with Play Octopus?

Play Octopus drivers can receive a cash reward of up to $100 per month depending on how much you drive, but the bulk of your payout will come in the form of tips from passengers. Our friend Terry is making $150 more per month in tips with Play Octopus than he was before he installed Play Octopus.

That’s about $250 more per month that Terry is making by simply adding a free tablet to his car and keeping it charged.

How can drivers get started

Getting started with Play Octopus is easy, and best of all, FREE!

All drivers need to do is sign up with the service and within a few days, you’ll receive a tablet in the mail. From there, simply place it in your car and start driving.

There’s no restocking and no maintenance. So it’s a no brainer.

Go grab your free Play Octopus tablet and put up to $300 more per month in your pocket today!